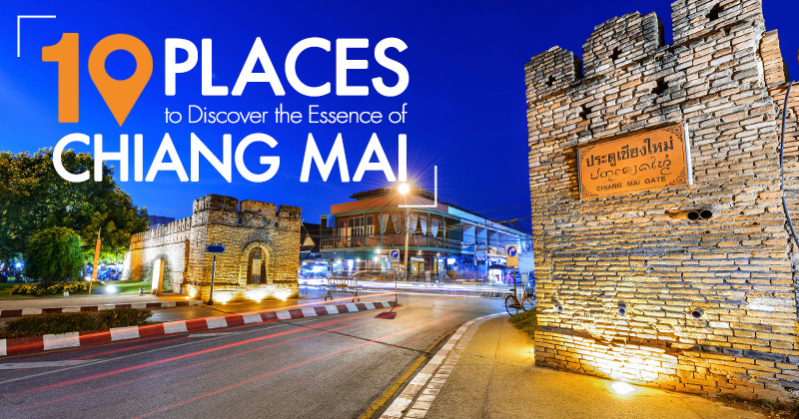 January 20, 2018
Posted by: Budgetcatcher-Team
No Comments

Planning a trip to Chiang Mai? Here’s some useful information to have and share. Use this blog to help plan your trip to Chiang Mai which includes ideas on where to go and what to see as well as practical advice on Carrentals in Chiang Mai.
Thailand’s northern capital is an escape from the whirlwind pace of life of its southern rival. Despite the constant arrival of planes and trains full of sightseers, the former seat of the Lanna kingdom is still blissfully calm and laid-back. This is a place to relax after the chaos of Bangkok and recharge your batteries with fabulous food and leisurely wandering. If you don’t want to participate in the vast array of activities on offer, just stroll around the backstreets, and discover a city that is still firmly Thai in its aspect, atmosphere, and attitude.

Nestled amongst forested foothills, Chiang Mai is much older than it first appears. During the city’s medieval heyday, almost everything was made of teak hauled by elephant from the surrounding rainforest, with the notable exception of its towering wát. The monasteries still remain, centred on ancient brick chedi (stupas) in a remarkable range of shapes and styles, but the gaps between them have been filled in with modern Thai houses and traveller hotels. Despite this, the historic centre of Chiang Mai still feels overwhelmingly residential, more like a sleepy country town than a bustling capital.

A sprawling modern city has grown up around ancient Chiang Mai, ringed by a tangle of superhighways, but if you drive in a straight line in any direction, you’ll soon find yourself in the lush green countryside of norther Thailand. A short ride by motorcycle or chartered rót daang (‘red truck’) will deliver you to pristine rainforest reserves, churning waterfalls, serene forest wát, bubbling hot springs and peaceful country villages – as well as a host of adventure camps, elephant sanctuaries and souvenir markets.